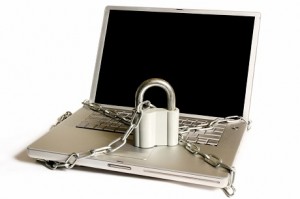 Drupal, a popular web content platform, released a notification of vulnerabilities in version 7.0 of their software earlier this month. Last week, Drupal announced that the vulnerabilities were being actively exploited and strongly recommended immediate action by Drupal administrators. The details of the vulnerability, exploit, and recovery steps are listed below.

We urge anyone running Drupal on their website to review this information and act accordingly. If you are a customer of the Acquia-hosted Drupal environment, Acquia reported that they have responded to this issue and are confident that their environment is safe.

This Public Service Announcement is a follow up to SA-CORE-2014-005 – Drupal core – SQL injection [3]. This is not an announcement of a new vulnerability in Drupal.

Automated attacks began compromising Drupal 7 websites that were not patched or updated to Drupal 7.32 within hours of the announcement of

SA-CORE-2014-005 – Drupal core – SQL injection [4]. You should proceed under the assumption that every Drupal 7 website was compromised unless updated or patched before Oct 15th, 11pm UTC, that is 7 hours after the announcement

*Simply updating to Drupal 7.32 will not remove backdoors.*

If you have not updated or applied this patch [5], do so immediately, then continue reading this announcement; updating to version 7.32 or applying the patch fixes the vulnerability but does not fix an already compromised website. If you find that your site is already patched but you didn’t do it, that can be a symptom that the site was compromised – some attacks have applied the patch as a way to guarantee they are the only attacker in control of the site.

Attackers may have copied all data out of your site and could use it maliciously. There may be no trace of the attack.

Take a look at our help documentation, ”Your Drupal site got hacked, now what” [6] …. Recovery

Attackers may have created access points for themselves (sometimes called

“backdoors”) in the database, code, files directory and other locations.

Attackers could compromise other services on the server or escalate their access.

Removing a compromised website’s backdoors is difficult because it is not possible to be certain all backdoors have been found.

The Drupal security team recommends that you consult with your hosting provider. If they did not patch Drupal for you or otherwise block the SQL injection attacks within hours of the announcement of Oct 15th, 4pm UTC, restore your website to a backup from before 15 October 2014:

3) Consider obtaining a new server, or otherwise remove all the website’s files and database from the server. (Keep a copy safe for later analysis.)

4) Restore the website (Drupal files, uploaded files and database) from backups from before 15 October 2014

8) Audit anything merged from the compromised website, such as custom code, configuration, files or other artifacts, to confirm they are correct and have not been tampered with.

While recovery without restoring from backup may be possible, this is not advised because backdoors can be extremely difficult to find. The recommendation is to restore from backup or rebuild from scratch.